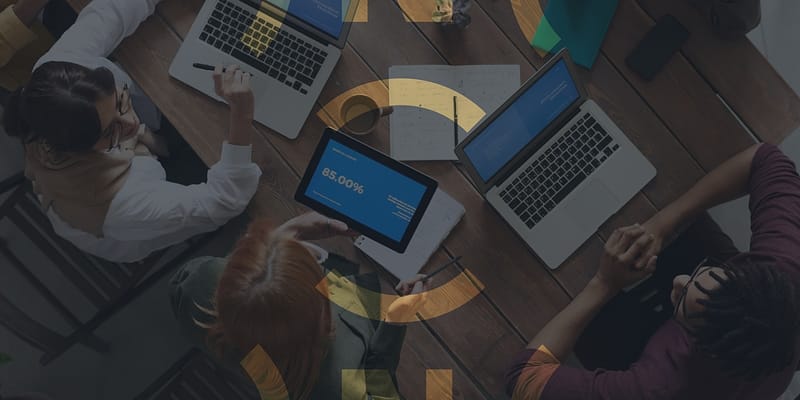 As its name suggests, DevOps is a combination of software development (dev) and operations (ops), aimed at making the software development processes faster and more efficient in comparison to traditional software development methods. Given the increased speed and efficiency guaranteed by DevOps, organizations that implement it are more competitive as they deliver better solutions for their clients.

Shorty put, DevOps is understood as a software engineering methodology (an advanced set of tools, practices, and cultural philosophies) that results in automating and integrating the processes taking place between software development and IT teams. In most DevOps cases, those teams merge into one, responsible for the entire software development project.

A bit of history

Despite its incredible popularity, the DevOps methodology is a fairly young one. It all started around 2007 when IT operations and software development teams realized there was a need of getting closer together, with a common goal of making better products faster. The name was created by Patrick Debois, who soon became one of the gurus of the whole methodology.

Why is it important?

To fully understand the importance of DevOps, let’s look at some statistics: in 2021, 83% of IT decision-makers reported implementing DevOps engineering to unlock higher business value. 99% of them said DevOps has had a positive impact on their organization, 61% confirmed the implementation helped them produce higher quality deliverables, while 49% reported a reduction in time-to-market software and services.

When it comes to tools, selecting the right ones is crucial to the successful implementation of DevOps methodology, as they help engineers improve the effectiveness of operation and collaboration, introduce automation, and improve observability and monitoring of the software that is being created.

There are two options available for a DevOps toolchain. The first one, called all-in-one, is a complete solution, which does not integrate with any other tools. While it has some limitations, it is great if a team needs to start a project quickly and doesn’t have much time to consider every single component. The second option is called open toolchain. It is customizable, depends on the team’s needs, and allows for a creation of a tailored set of tools, unique for each organization.

The most important tools include:

What is the role of a DevOps engineer?

One of the most important roles when it comes to implementing DevOps methodology is a DevOps engineer – arguably the most exciting job in today’s IT world. The best DevOps engineers are those that merge IT experience with a great understanding of DevOps culture and methodology.

What does a DevOps engineer do?

While the main role of DevOps is to improve the core development of products, SRE (Site Reliability Engineering) deals with deployment and operational problems, using software engineering to automate IT operations such as production system management, change management, and incident response.

Given their different roles, it is safe to say that DevOps and SRE do not exclude each other but are two different parts that should be used together.

Keen to know more? At New Digital Street we are experts in DevOps, with a huge track record of implementing it in many organizations. Get in touch with our team to discuss your needs and dreams. Together, let’s see what we can do for you!