Scaling like Spotify, or how big companies scale agile 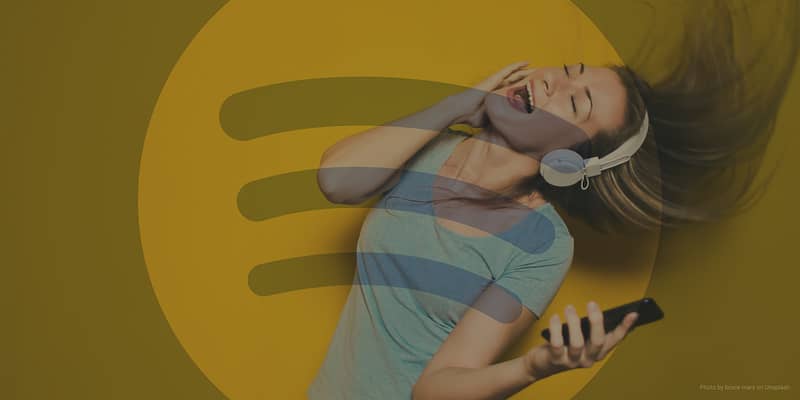 Keen to know how did it manage to scale while keeping the spirit of a small, dynamic company? Do read on – in this article we will tell you a bit about Spotify’s version of agile and Scrum.

We all know Spotify. We probably all use it, just like almost 400 million people around the world. The company was born in 2006 and today is known as the world’s largest music streaming service provider. In the last 15 years it has grown significantly, but it kept the freshness of mind and ideas and stuck with its agile way of working. Keen to know how did it manage to scale while keeping the spirit of a small, dynamic company? Do read on – in this article we will tell you a bit about Spotify’s version of agile and Scrum.

Before we talk about Spotify in more detail, let’s stop for a moment to speak about agile and Scrum. Agile is an iterative, flexible approach to project management, which helps teams work together and manage complex processes. Scrum is an agile framework. It concentrates on delivering work in small parts, which are constantly evaluated, allowing the teams to react to changes and respond to them quickly and efficiently. For more details about agile and Scrum, have a look at our blog.

To scale or to de-scale?

During one of his lectures Henrik Kniberg, Agile & Lean coach at Crisp in Stockholm, who works mainly with Spotify and Lego, said he is often asked how companies scale. His answer may come as a surprise. He said: “don’t scale agile; de-scale you organization and your projects”. Let’s look at how to achieve that, taking Spotify as an example.

According to its founders, Spotify was born as an agile company, so it never went through a proper agile transition. It was relatively small at the beginning but today it employs over 6,000 people spread across 16 offices worldwide.

At the beginning, Spotify was a typical Scrum company and it stuck with Scrum for many years. But when they started to grow dynamically, they realized their way of working was getting slightly chaotic – dealing with multiple teams based in different locations within an organization that works on product development can be really tricky. That’s why they decided they needed a new approach, which would address their growth and ambitions for the future. They were keen to keep the speediness of decision-making processes characteristic for a small company, but they needed to develop a huge product, which could be used by millions of customers around the world.

How did they go about it? They simply modified their way of using Scrum and adjusted it to their own needs.

Instead of copying Scrum’s terminology, they decided to come up with their own concepts that would correspond with what they do. This is how they created squads – Spotify’s basic units of development, similar to a Scrum team. Squads at Spotify are self-organizing teams with appropriate skills and tools. Each squad decides how it wants to work: whether it will be better for its members to stick with Scrum sprints, Kanban, or a combination of both. Each squad has a long-term goal, and all squad members are working to achieve it.  Their mission is summarized by a slogan: “Think it, build it, ship it, tweak it”. Important principles they follow are MVP (minimum viable product, meaning releasing early and often) and validated learning (meaning using metrics and A/B testing to find out what really works).

Every squad has their own workspace which encourages teamwork and exchange of ideas. Also, every team has their own “hack days” which are days when team members do whatever they want, trying out new things, ideas and discussing them together. Squads have no leaders, but each of them has their own Product Owner. Product Owners of different squads communicate with each other, making sure they all go in the same direction as a big Spotify family.

Spotify’s tribe is a group of squads which work in related areas. A tribe has a lead, and all members of a tribe work in the same office, so that the communication between them is easy and seamless. The tribes cannot be too large, so that they can avoid problems with rules, politics, and long decision-making processes, so they are designed not to be larger than 100 people.

When applying agile way of working, communication is key. As is being open about the collaboration with different teams. This is why Spotify’s squads are regularly asked to comment on other squads they are collaborating with. This way all dependencies (such as a delay by one squad in delivering something that is needed by another one) are clearly visible and can be discussed and addressed immediately when a problem arises.

When it comes to communication, meetings are a great way of being updated with other squad’s work. But at Spotify they are not necessary – they happen when needed and are adjusted to the needs of the project and squads.

As stated by Spotify, chapters and guilds are what keep the company together. Otherwise, they could be 30 different, independent companies working on similar issues!

A chapter is a group of people with similar skills that are working within the same tribe. They meet regularly to discuss their challenges, areas of expertise and to share ideas and solutions. A guild is a community which share knowledge, experience, and tools. They are not limited to tribes.

Such an organic way of working allows people with similar skills and interests to work on projects they have expertise in, while sharing their ideas and developments. It also allows a huge company to keep the feel and ways of working of a smaller business, even when their products are huge and get developed quickly.

Can banks be agile?

Encouraged by Spotify’s success, other big companies decided to use agile methodology. One of the first ones was ING Netherlands, which, as they stated, “gave up traditional hierarchy, formal meetings, overengineering, detailed planning and excessive input steering in exchange for empowered teams, informal network and output steering”. One of ING’s top managers said that a decision to switch to agile method of working requires a company to “look beyond your own industry and allow yourself to make mistakes and learn. The prize will be an organization ready to face any challenge”.

Keen to dive into the world of agile?

At New Digital Street we are big fans of agile methodology. We use it in our own work, and we’ve experienced how beneficial and powerful it can be for any organization. Keen to try working in such a model? Join us today and see for yourself how interesting it is!