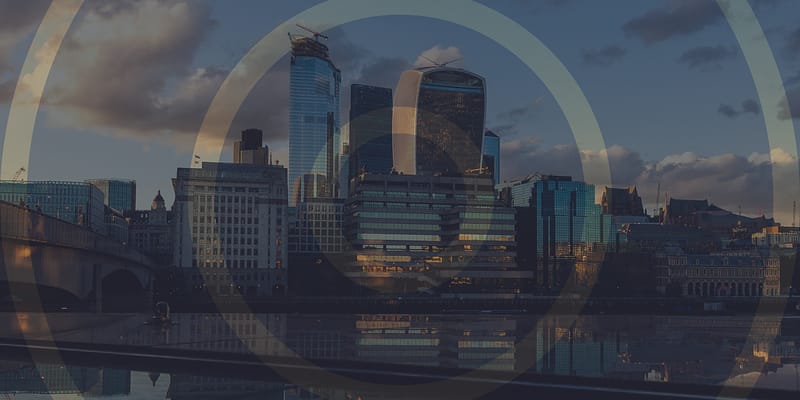 In the search of the most exciting British ventures to follow in 2021 we prepared a list of 10 startups we believe are worth looking at. Do read on to learn what they did to be so successful!

2020 was a tricky year. Many companies had to change the way they operate and many businesses simply failed. The COVID-19 pandemic was and still is not an easy time for making money. But as they say, in every crisis lies opportunity. This is why for a lot of startups, especially tech ones, last year was a time of unprecedented growth and development.

The British start-up scene – a bit of facts

Despite the pandemic and the uncertainty of the post-Brexit world, almost 20 000 new tech startups were launched in 2020. In the first half of 2021 UK startups raised a record $20.3 billion from VC funds, more than the $16  billion in all of 2020, confirming the country’s position as a leading European startup nation and demonstrating the strength of the British tech industry. But finding an idea and funds for a business is one thing. Making it successful and long-lasting is another. Let’s look into the startups we found most interesting and see what it took them to get where they are.

Early this year Checkout.com, a platform which integrates electronic payments, analytics and fraud monitoring, confirmed they raised $450 million in an investment led by Tiger Global Management and lifted their valuation to $15 billion. That’s almost three times more than the company was worth about seven months earlier. Such a result makes Checkout.com the fourth most valuable privately owned fintech business in the world. It was founded in 2012. Today it hires about 1 500 people globally. Among their top clients are Pizza Hut, H&M and Revolut.

Founded in 2016, insurtech Zego recently won Tech Company of the Year 2020 award. It is a commercial motor insurance provider, covering both entire fleets and self-employed drivers. Till today Zego has raised over $200 million in funding and was the first UK insurtech to be valued at over $1 billion. It was also the first to be awarded its own insurance license. In 2020 it bought Drivit, a telematics company and partnered with Broker Network and Compass Networks. But it looks like the best is still ahead of them.

An online events platform Hopin became huge just eight months after its launch. The reason? It responded to the newly born need of meeting up in virtual reality, when the usual way of spending time together was banned. Hopin is a virtual venue with multiple interactive areas that are optimized for connecting and engaging. In 2020 it was Europe’s fastest growing company, while in March 2021 it confirmed it raised $400 million, more than double of what the company was worth in a November investment round. That’s an incredible achievement. Will it last as the world re-opens?

The Bristol-based tech startup Graphcore is the inventor of the Intelligence Processing Unit (IPU), designed for AI and machine learning applications. Launched in 2016, it has sold thousands of their microchips, attracting investors such as Atomica and Sequoia. Among their clients you will find Microsoft and Dell, while among their main competitors there are giants like Nvidia.

Rapyd was launched in 2016. It is a payments platform which helps businesses take payments from over 100 countries, using around 1 000 payment methods. In 2019 its CEO Arik Shtilman said the volume of payments on the platform grew by more than 500%. Early in 2021 it raised $300 million in funding which will be used to further develop the business. Rapyd’s customer base includes around 5 000 businesses, while their main investors are Stripe, General Catalyst and Target Global.

Last year DNA sequencing startup Oxford Nanopore Technologies became one of the hottest companies ever. In May 2020 they won a $56 million contract to help the UK government roll out a novel coronavirus test and played an important role in the development of the vaccine. The company was founded in 2005 and is now planning to list on the London Stock Exchange. According to the Financial Times, it is expected to be valued at between $5.5 billion billion and $9.5 billion. Till today it received more than $820 million in funding.

Fintech Zopa was created in 2005, but it had to wait a bit to become big. It offers loans, credit cards, saving accounts etc. and is based on directly matching people looking for loans with investors. Today it has over 500 employees and, as of May 2020, it has lent nearly $7 billion to over 470,000 UK consumers

Thought Machine is a Fintech company that built cloud-native technology to revolutionize core banking. It has raised a total of $148.6 million in funding over 3 rounds. The company is funded by nine investors; Draper Esprit and Playfair Capital are the most recent of them.

Onfido is a London-based startup which develops tools enabling virtual identity verification. It uses AI and facial recognition technology to verify whether the person we do not see in real life is really who they say they are. Early in 2020 it raised a total of $100 million in funding and their important investors include Microsoft, Salesforce and SBI.

Now that’s something very different from the usual fintech suspects – a London-based startup which developed an app allowing for Asian-focused food delivery. It operates in 47 cities across the world and is available in Mandarin only, making it a very niche product targeted at the Chinese diaspora. In late 2020 it raised $70 million to continue its global expansion.

Why becoming a successful startup may be tricky?

There are many reasons why becoming a startup may be tricky. You need to have an idea, funding, investors, but you also need to develop your IT solutions quickly and seamlessly. Once you get your funding, there is really no time for trial and error. This is why startups often look for external partners that would help them build an IT team, ready to face any challenge in no time.

This is exactly what New Digital Street is for. Till today we helped many startups achieve their goals by delivering the best digital solutions in the most effective way.

Looking for a reliable and experienced partner? Keen to know more about what we can do for you? Do get in touch today!