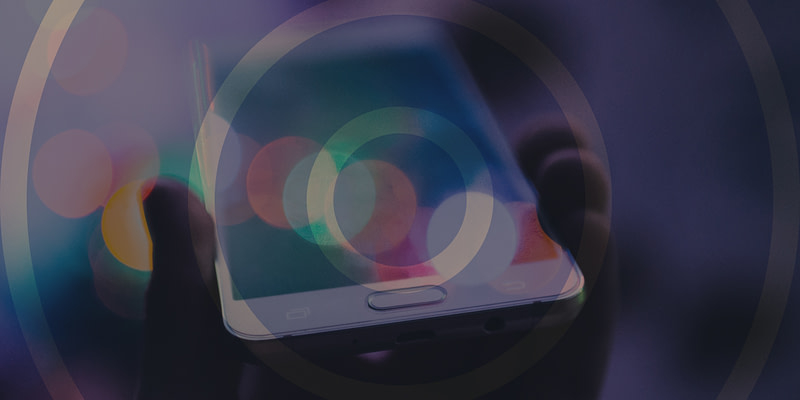 We use internet on daily basis. Today, with so many of us working and studying from home, we take advantage of it more than ever. But we rarely think about how it changes. This is why we decided to prepare a short intro to Web 3.0 – something you might have heart about but may not know what exactly hides behind the term.
Share on twitter
Share on linkedin
Table of Contents

The history of internet as a widely available tool started in the nineties, thanks to the research by CERN. Since its launch, the World Wide Web revolutionised the world and had an incredible impact on every aspect of our lives.

The first iteration of the internet was called Web 1.0 and it comprised of “read-only” websites, created by a handful of people. At the time it was a proper revolution – all of a sudden people around the world had access to the same content. Web 1.0 allowed users to view the webpages but did not allow for any online interactions.

This was addressed by Web 2.0 which was set up around 2000. To respond to the growing needs of users, it allowed people to interact: they could set up their own accounts and use the internet to do business. It also made the internet much more accessible, not only in terms of using it, but also in terms of creating content. People gained a way to publish their own websites, blogs etc. It also facilitated the popularity of social media. New technologies such as JavaScript and HTML5 allowed people to build interactive platforms, while Google, Amazon and Facebook dominated the online world, making it easy to interact online and on the go.

While Web 1.0 revolutionised the world, Web 2.0, which we use till today, democratised the internet, making it a place for everyone.

Web 3.0 is meant to be the next iteration of the internet and yet another revolution – it focuses on connecting data in a decentralised way, on openness and on greater user utility.

Let’s look in more detail at Web 3.0 features and terminology related to it:

If you are a bit worried about the privacy of the accounts you hold with Google, Amazon, or Facebook or about the misuse of data, you are not the only one. Unfortunately, if you want to stay online, there is little you can do about it.

Web 3.0’s main aim is to challenge the dominance of those giants. It is to move away from relying on them by allowing people to find information based on the content, which would be stored in multiple places at once, not on a single server as is the case today. Such a situation would result in breaking down massive databases that are held by the biggest players and it would give greater control to users.

Apart from being decentralised, Web 3.0 will allow users to interact directly, without the interreference of a single authority as is the case today. What’s more, it will also be permissionless – users will be able to participate in all activities without obtaining a prior authorisation from a governing body. Web 3.0 will run on blockchains, on decentralised peer-to-peer network (P2P) or will use a combination of the two. Such Web 3.0 applications are called dApps (decentralised applications).

Another important aspect of Web 3.0 is its connectivity and the fact it is ubiquitous, meaning it can be accessed by multiple applications and devices. A good example here is the Internet of Things – a network of interconnected devices which exchange data with other devices and systems via the internet.

As a part of Web 3.0 computers will be using both artificial intelligence (AI) and machine learning (ML) which will allow them to work faster and give better results in many important areas of science and technology.

You know how Web 1.0 and Web 2.0 rely on HTTP protocol? It’s a client-server protocol which provides the basis of exchanging data online (client meaning the side that requests information from a server). It is based on Domain Name Servers (DNS) system, which translates domain names into IP addresses, comprehensive for machines.

In Web 3.0 this mechanism is to change – DNS system will be replaced by InterPlanetary System (IPFS), which is not centralised around a DNS system, but relies on blockchain technology, enabling creation of a peer-to-peer file system. It separates searching for information from obtaining it. As a system it is faster and more secure than HTTP and it allows data to be distributed in many places.

This is yet another feature of Web 3.0 which is difficult to imagine when you first think about it but is already being used in many games or in e-commerce industry. 3D design will change the internet into a more realistic cyberworld, making it more compelling and harder to resist.

Will Web 3.0 become our new reality?

A good example of Web 3.0 is Siri by Apple. It’s a system that summarises large amount of data into useful knowledge which is then passed on to humans. Sounds interesting or scarry? Web 3.0 has as many advocates as adversaries. The time will show whether it will ever replace Web 2.0 or whether it will only become its alternative.

Curious to know more about new technologies and what’s in them for you? Follow our blog – we regularly publish articles on news from the digital world

We can also conduct a workshop to get you closer to the end result.

Building an IT team: managing the recruitment process