Blockchain: everything you want to know but are ashamed to ask 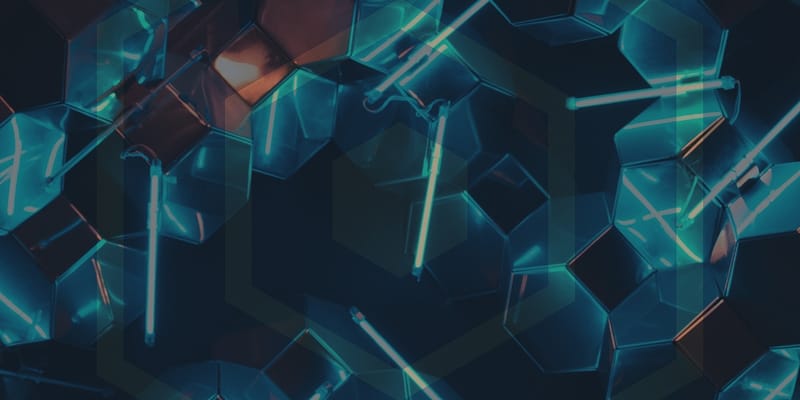 Blockchain as an innovative technology that lies at the very heart of cryptocurrencies revolutionized many different worlds: the one of finance, the one of fintech, and the one of technology in general. Its history, although short, is full of interesting facts and some mysteries.

If you look it up on Investopedia, you will learn that blockchain is a digital database or ledger that is distributed among the nodes of a peer-to-peer network. As with every definition, it needs some working out, so let’s dive straight into the details.

As a database, blockchain stores data in digital format. Two things that make it unique and different from our usual spreadsheets are:

Traditional databases are stored in one location (for example in a spreadsheet). In the blockchain, many identical copies of a blockchain database are kept on many different computers across the network. Those computers are called nodes.

Another difference between blockchain and a traditional database is that in blockchain technology, data is stored in individual blocks, which are added to a chain – the database. Hence the name.

How does blockchain work?

To simply explain how blockchain works, let’s imagine a new set of data (a block) being added to the existing database (a chain). In traditional databases, it is often enough to modify the spreadsheet and save it. And it is usually done by one person. In the blockchain, when a new block is to be added to the chain, all nodes must update their ledger, so that it is identical in all of them. Before it happens, every new block must be verified and confirmed. Once done, the blocks are added to the chain.

It’s this process of adding blocks to the chain that makes blockchain technology highly secure. The verification of the legitimacy of every new block is complex and may involve several layers of check-ups. In cryptocurrencies (one of the most common applications of blockchain technology), such a process may involve making sure the transaction was not fraudulent and that the same coin has not been used more than once.

Once a block has been added, it is impossible to modify it, unless a major part of the nodes agrees to do it. What’s more, most transactions done using cryptocurrencies are written using cryptography, making them even more secure and more difficult to hack.

Blockchain and Bitcoin – a bit of history

The technology that lies behind blockchain is very complex, and so is its history. But while the first aspect is clear once you get to grips with it, the second one is still shrouded in mystery.

Blockchain was created by Satoshi Nakamoto in 2008. It was spoken about since 1991, but it was Nakamoto who came up with proper research and an actual application of the technology.

Before you start looking up the name, we must warn you – till today no one knows his/her true identity. It may be a woman, a man, or a group of people. It may be a real name or a nickname.

What we know for sure is that Satoshi Nakamoto uploaded blockchain source code to SourceForge in 2008, and the first open blockchain was started at the beginning of 2009. Its associated cryptocurrency was called Bitcoin. Initially, Bitcoin’s value was very low – people could buy it for less than one dollar. But in 2017 its value reached as much as $1 000! Today, one Bitcoin is worth $17 193.00.

How is blockchain used?

Although initially it was linked mainly with Bitcoin, today blockchain is used in many other ways. Here are some of them:

Cryptocurrency is the most obvious application of blockchain technology. When it was launched, Bitcoin was the only cryptocurrency in the world. Today, there are so many of them that it’s impossible to create a comprehensive list. All cryptocurrency transactions are recorded on the blockchain, making them highly secure.

Apart from cryptocurrencies, blockchain is also used in the traditional banking world to process different transitions. It simplifies them and makes them much quicker and accessible 24 hours a day.

Decentralized Finance, as opposed to centralized financial institutions such as banks, allows individuals to do peer-to-peer transitions directly, without any of those institutions. It eliminates the fees which customers need to pay their banks and allows them to process money within minutes.

Although not used as yet, there is an option of applying blockchain technology for things such as voting, allowing people to safely and securely submit their votes online.

Non-Fungible Tokens are unique cryptographic tokens. They exist on blockchains, cannot be multiplied, and represent real-world items like paintings, sculptures, or houses. As they rely on blockchain, they don’t need intermediaries in the transactions, allowing buyers to directly connect with artists or sellers.

Smart contracts are self-executing contracts, which enact automatically once all conditions are met. Such automation of legal contracts eliminates the need for third parties to verify performance.

In healthcare, the most important asset is patients’ data. Its security is fundamental, and blockchain allows for its safe storage, ensuring the highest level of privacy.

Suppliers use blockchain to create a database of the origins of the things they purchased, allowing companies to verify the authenticity of their products, as well as labels “bio”, “organic” or “fair trade”.

Some of the most apparent benefits of using blockchain technology include:

As a highly secure technology, blockchain allows for a significant accuracy of transactions, reducing any possibilities of error.

With blockchain, each transaction can be done by two people only (the seller and the buyer), without the need for a third party and without any fees such a third party would normally require.

As with all new technologies, there are some disadvantages to using blockchain, including:

Is blockchain technology still a niche?

When it was first introduced, it seemed it would immediately change the world. But like with all new technologies, big changes need time and further development. So, is blockchain technology still just a niche?

We all love numbers, so to finish with, let’s look at some statistics. As much as 2.8% of the global population is already using blockchain (just do remember that 2.8% equates to about 221 million people all over the world!). Tech. co reveals that by 2024 global spending on blockchain solutions will increase to $19 billion! Well, that’s not niche anymore…